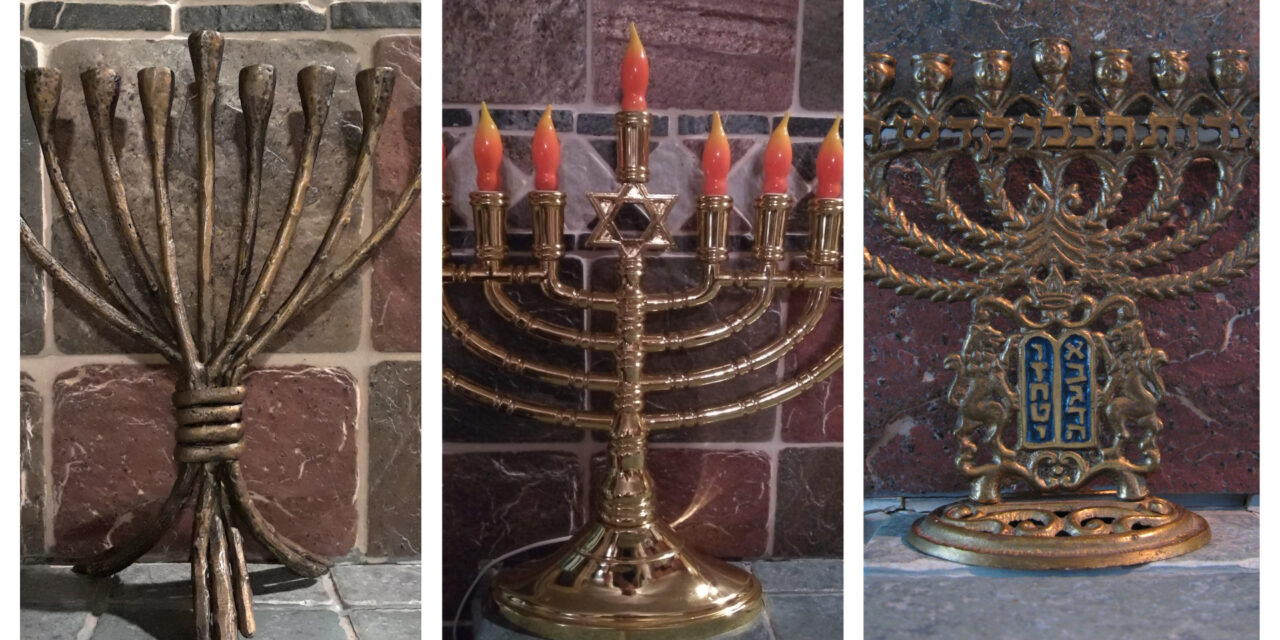 A delicious December to you and yours, fellow thrifters and gifters!  The first month of Winter, Kislev and Tevet of 5782; the month of Hanukkah, Advent and Adventukkah, the Winter Solstice, Festivus, Christmas and Chrismukkah, Boxing Day, Kwanzaa, and New Year’s Eve!  And more!!

As you may know, this year Hanukkah started last month, in November, which is very unusual.  Yes, we had a version of Thanksgivukkah!  So, alas, it is already over.

And, believe it or not, TWELVE of my menorahs have come from Goodwill of Greater Washington!  And ALL of them from the store right here in Gaithersburg!  Nu, let’s meet those menorahs now….

Number one is only 4.75” tall, ceramic with hand-painted gold accents, made by Crown Accents.  It’s my only ceramic one, so far — especially meaningful because my late mother was a potter; may her memory be a blessing (as we say in Judaism).  *sings*  I have a little menorah, they made it out of clay….

Number two is also only 4.75” tall, brass with a bit of blue enamel, including a crown, two lions of Judah, and the Ten Commandments.  It’s by Wainberg of Israel.  The upper Hebrew says “Haneirot halalu kodesh heim”, “These lights are holy”.  The lower symbolizes the Ten Commandments tablets.  Christianity uses the same symbol, but with Roman numerals instead of Hebrew letters (I through X, as in 1 through 10).

Number three is only 3.5” tall, brass, made in India (as many brass menorahs are).  The body is a line of dancing humanoid figures that hold up the candle cups.  I especially like it because it reminds me of the Sherlock Holmes story “The Adventure Of The Dancing Men” (and I’m named after his brother Mycroft).  It’s also like the Bottle Dancers in the musical Fiddler On The Roof (which is a lot like the story of my paternal family).

Number four is only 4.5”, brass with black enamel. Most of the body is the word “SHALOM” (rest, cessation, peace, harmony, wholeness, completeness, prosperity, welfare, tranquility), with a tiny “CHANUKAH” underneath that (there are many ways to spell the holiday in English).  It’s by Hen Holon of Israel (formerly Dayagi).

Number five is 7” tall, brass, also made in India (again, as many brass menorahs are), and originally sold by Pier 1 for $21.  And I got it for less than half of that!  I especially like how it looks like an upside-down rainbow.

Number six is 9.25” tall, brass with some antiquing, in the form of a bundle of sticks (the tops are the cups, the bottoms are the three feet), by Aviv Judaica Imports.  So much symbolism here.

Number seven is 7.5” tall, solid brass, and missing two cups and collars (which I can change if I want to). It’s of unknown origin.  I especially love that it’s a Tree Of Life, because that’s one of my favorite symbols.  Also, it looks like other beings, and is so alive.

Number eight is 9” tall, metal and plastic with a bright silvertone finish, by Rite Lite.  A very inexpensive but also very attractive reproduction of an old design.

Number 10 is 9” tall, also silver-plated brass, also of unknown origin.  It’s distinctive in that the eight candle holders are not on one level, which many consider unkosher, though I’m not among them.  And the base design is quite unusual.  Too, it looks a bit like there’s a cross inside the Magen David — which works for me as a Jew who is also a Jewscopalian, but might mean it was made for “Messianic Judaism”.  Nu, all the better that it has found a good Jewish home!

Number 11 is 7”, brass with a super dark green patina; the upper body is the symbols of the Twelve Tribes of Israel (six on each side), the lower body is the Hebrew word  ישראל / Yisrael / Israel.  And, it’s made in Israel.  I still can’t believe I found this one at a thrift store!

Last but not least, number 12 is 15” tall, plastic with painted glass bulbs, by Star-Bright Productions.  And it came with a box of replacement bulbs!  It’s my only electric one.  It plugs in, and you turn the bulbs to turn them on and off.  We put it in our window, which is an old Hanukkah tradition – unless that’s not safe (due to antisemitism), though many Jews find that all the more reason to do it.  Electric menorahs are common, and kosher.  And, they’re good for when you want to avoid burning down your home due to combining flames with pets, children, supplemental oxygen for medical treatment, going out before your candles/oil have burned up, etc.

Nu, I hope you enjoyed meeting my menorahs as much as I enjoyed introducing them to you!  I’ve also thrifted some from ShopGoodwill.com (which is especially good if you don’t live in a Jewish area like the DMV, or my hometown of Boston).  I’ve also adopted menorahs from thrift shops, supermarket clearance shelves, auction sites, friends and colleagues, and beyond!

Speaking of which, have you thrifted all your gifts yet?  I haven’t, but I’m getting there.  It’s the best — especially because you and your recipient know you supported social justice and liberation.  Which, I might add, is super Jewish.  My people are all about tikkun olam, “world repair”. 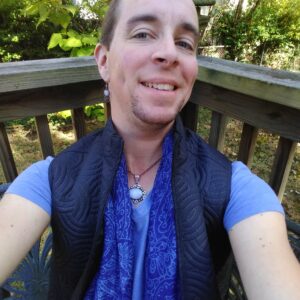 Mycroft Masada (they/them) is a nonbinary trans and queer Jewish and interfaith leader with 30 years of experience, particularly called to pursue LGBTQ+ and fat liberation. A Fat Torah Advisory Team member, Food Psych transcriptionist, and TransEpiscopal Steering Committee member, Mycroft is an advocate, organizer, consultant, educator, trainer, writer and artist. They'sre also a lifelong and at least second-generation thrifter, and thrifted everything seen (and unseen) in this photo. They are easy to find, Friend and follow on Facebook, Twitter and Instagram. 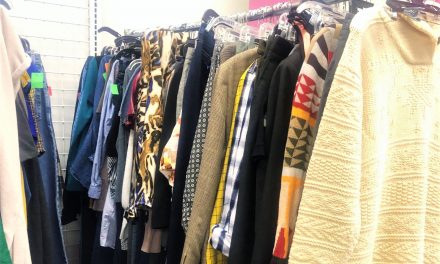 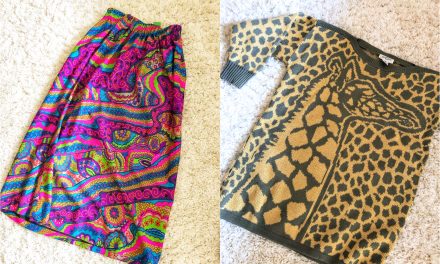 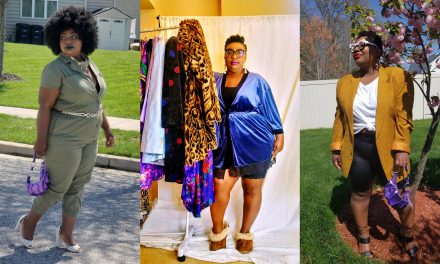 A Huge Reason Why Thrifting is Good for My Health 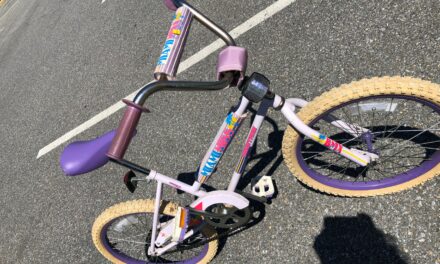