Gobble Gobble Glue. This Upcycled Turkey Is Easy To Do. 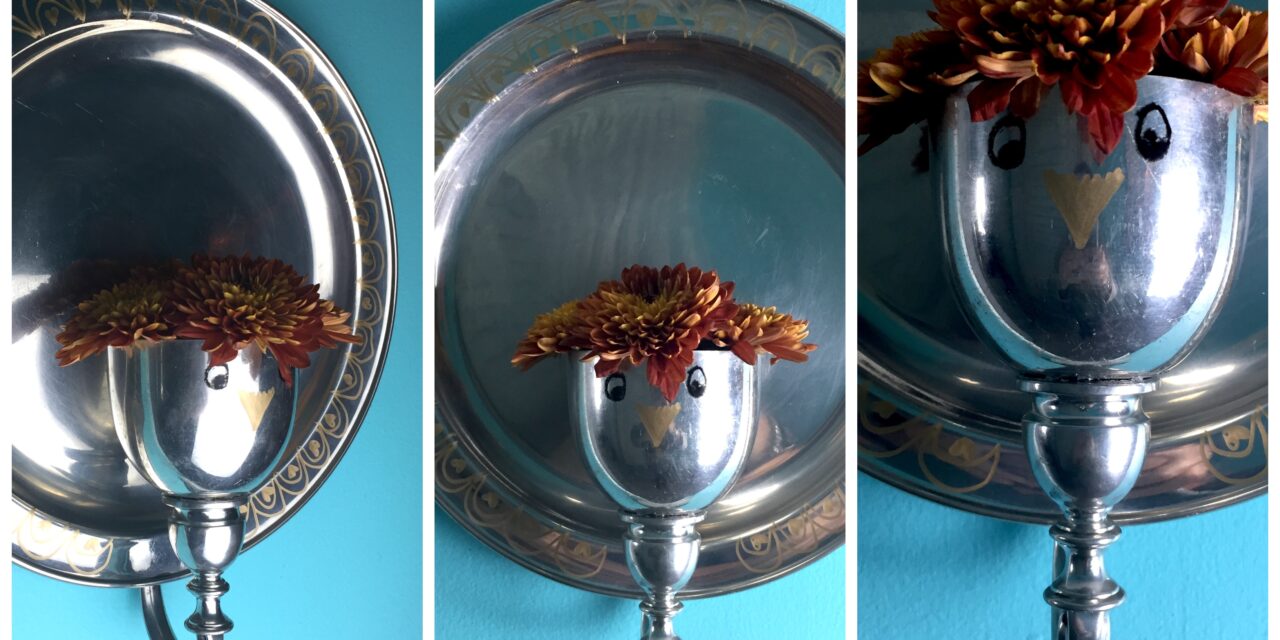 What bird has more than 5,000 feathers, can fly up to 50 miles per hour and is a descendant of dinosaurs?

And what better way to honor this hero of Thanksgiving than with an art project made from upcycled Goodwill home décor items!

When I made my Thanksgiving photo frames last year, I realized a barbeque grill was kind of shaped like a turkey. I wondered if I could find something at Goodwill with a similar shape that I could upcycle into a turkey decoration.

I found these items in the home décor section at the Goodwill in Annandale, VA.

The candlestick was attached to a big silver plate that hangs on the wall. Perfect turkey shape! I also found a little silver cup that I thought would make a good turkey head and a stack of mini heart-shaped pans I planned to glue around the plate for feathers. I wasn’t 100% certain my idea would work, but for $6 I was willing to try.

FUN FACT: Did you know Benjamin Franklin preferred a turkey as our national symbol instead of the bald eagle? According to History.com, Franklin wrote a private letter to his daughter lamenting that the eagle was “a bird of bad moral character” because it steals fish from other birds. Franklin described the turkey as “a much more respectable bird” and “a true original native of America.”

The first thing I did on my upcycled turkey project was glue the little silver cup (called a Jefferson Cup after Thomas Jefferson) to the top of the candlestick to make the turkey’s head. I used E6000, a heavy-duty craft glue. It took a few minutes to set up, but the cup fit perfectly. My little turkey was starting to take shape.

FUN FACT: Gobbling isn’t the only sound turkeys make. According to Birdwatchingdaily.com, turkeys also cackle when they fly, cluck, purr and yelp when they get excited. A male turkey’s gobble can be heard up to a mile away.

Once my turkey head was in place, I tried to glue on the feathers. This part was a little trickier. I tried gluing the heart-shaped pans to the back of the plate, then to the front. I tried right-side-up hearts, then upside-down hearts. I flipped the pans over and tried gluing the other side. Nothing seemed to stick! The candle plate curved just enough so there wasn’t enough surface area to attach the hearts.

Finally, I gave up on the heart-shaped feathers.

FUN FACT: President George H.W. Bush granted the first official presidential turkey pardon in 1989. Audubon.org reports that unofficially, many other presidents carried on this tradition starting with Abraham Lincoln whose son liked their live turkey so much, they didn’t have the heart to serve it for dinner. Harry S. Truman was the first president to appear in a photo op with a turkey. However, later it did become dinner.

When my original feather idea didn’t work out, I came up with a Plan B. I used a gold paint pen to draw feathers around the edge of the candle plate. I also drew eyes and a beak on the turkey head.

For the finishing touch, I cut a few mums to place in the cup for colorful turkey feathers.

FUN FACT: Researchers believe turkeys evolved from a group of dinosaurs that includes T. rex and Velociraptor. According to livescience.com, the turkey’s wishbone (called a furcular) is formed by the fusion of the bird’s collarbones. It serves as the connecting point for muscles and a brace for the wings. This bone dates back more than 150 million years. Think about that when you are making a wish next Thursday! 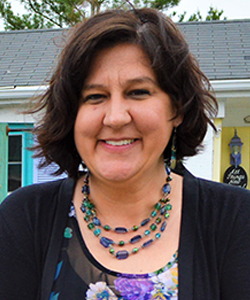 Courtney Mickalonis is an artist, teacher, and treasure hunter at All Things New Again, a furniture and paint boutique in Leesburg, VA. She finds old furniture that nobody loves anymore and makes it beautiful—and useful—again. Courtney teaches a monthly Learn How to Paint Furniture class at their Leesburg studio and hosts The Furniture Painting Friday Show every Friday at 12 noon on the All Things New Again Facebook page. 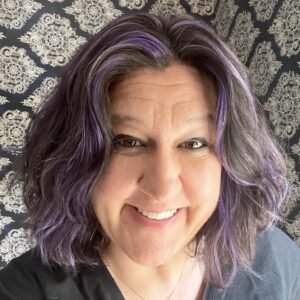 Courtney Mickalonis is an artist and writer who loves the thrill of treasure hunting at Goodwill. Her superpower is finding old furniture and making it beautiful—and useful—again. Courtney's blog Create A Home You Love is a space for ideas, encouragement and inspiration to express your creativity in your home. Follow her adventures in upcycling on Instagram (@createahomeyoulove). 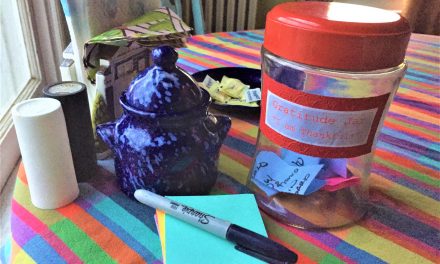 Kick Off a Positive Year: Create a Gratitude Jar to Collect Your Good 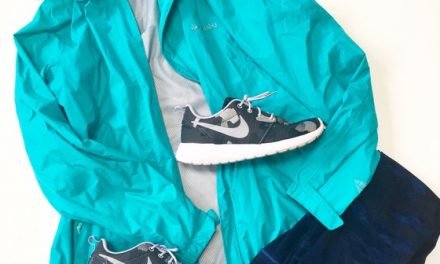 3 Tips to Photograph Your Goodwill Finds 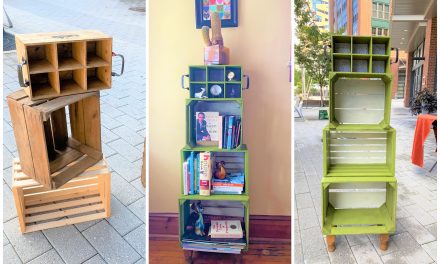 DIY Shelves: You’ll Say “How Great!” When You Upcycle with Crates